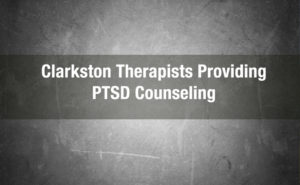 In light of the recent Las Vegas mass shooting, many people have PTSD on their mind.  After a major tragedy like this, it’s normal to bring PTSD into conversation as a strong need for counseling arises.

However, it should be noted that PTSD counseling in Clarkston isn’t just for those rare events where major tragedy strikes a large group of people.  PTSD, the acronym for post traumatic stress disorder, is an appropriate choice when any traumatic stress occurs in life.  Things like the loss of a loved one, a car crash, or even an abusive relationship can cause PTSD and create a need for therapy.  Our emergency responders and police are extremely prone to PTSD simply due to the nature of their career and the things they see daily.

From the US Dept of Veteran Affairs:

PTSD can happen to anyone. It is not a sign of weakness. A number of factors can increase the chance that someone will develop PTSD, many of which are not under that person’s control. For example, if you were directly exposed to the trauma or injured, you are more likely to develop PTSD.

Here are some facts (based on the U.S. population):

Traumatic experiences can cause the brain to shut down or to use various coping mechanisms that can lead to long-term psychological problems. PTSD symptoms can begin immediately after the traumatic event that triggered them or may not present until months or even years later. These symptoms include the following:

In many cases the victims of PTSD do not recognize their own symptoms. It is often up to friends and family to help their loved ones get the treatment they need. Because so many of the most frequent victims of this disease are reluctant to ask for help, the disease may continue and increase in intensity.

Does Everyone Who Experiences Trauma Develop PTSD?

The contraction of PTSD is not automatic or guaranteed. While it is impossible to predict exactly who might develop the disorder, there are several risk factors such as the following:

There are also certain resilience factors that may reduce the risk of developing PTSD symptoms, and these include the following: